For investors: Amazing Seafront land for sale in the best area of Phang Nga. Some new projects have been launched in Phang Nga province and it will highly increase the price of lands in the area... 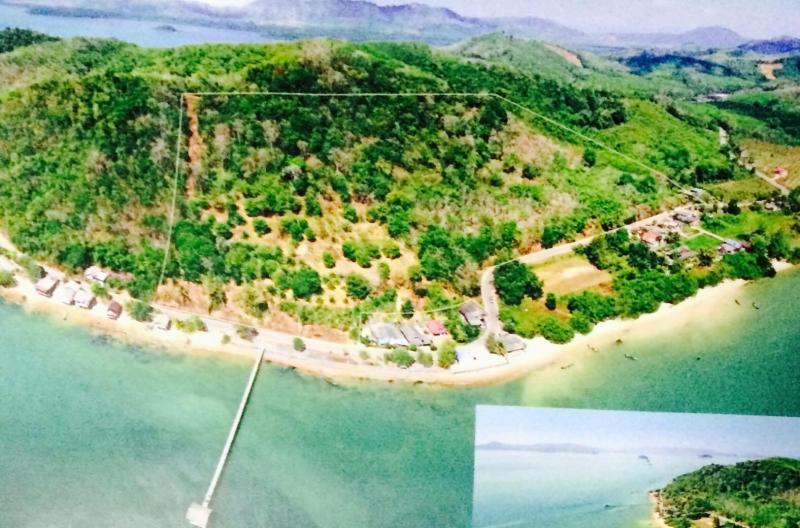 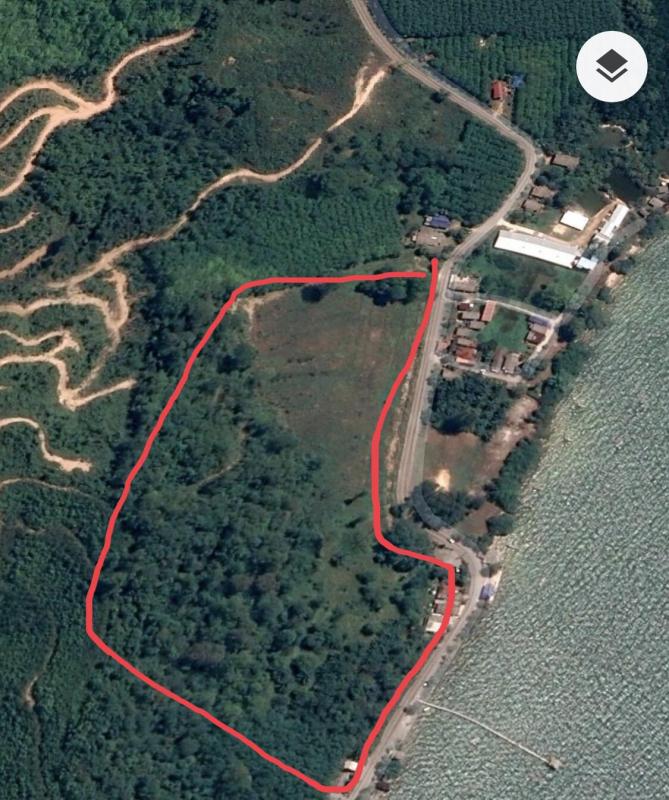 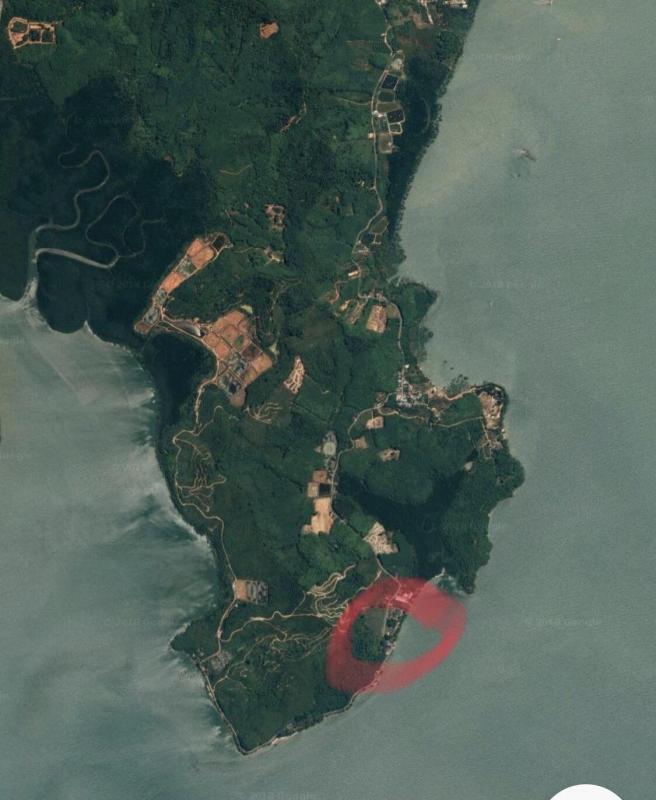 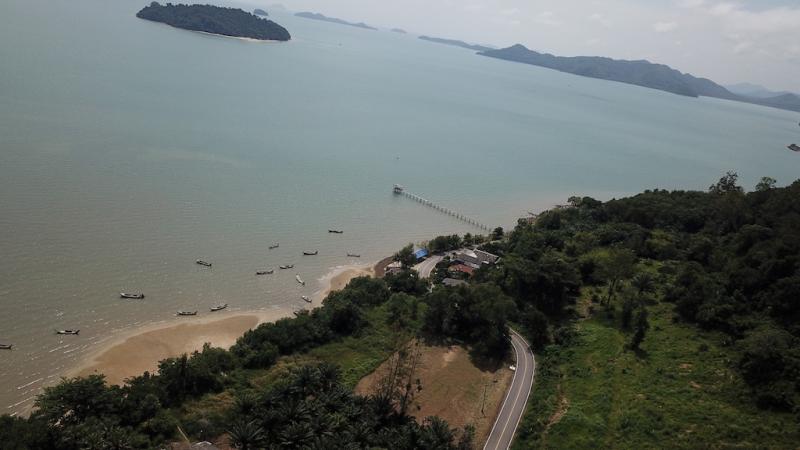 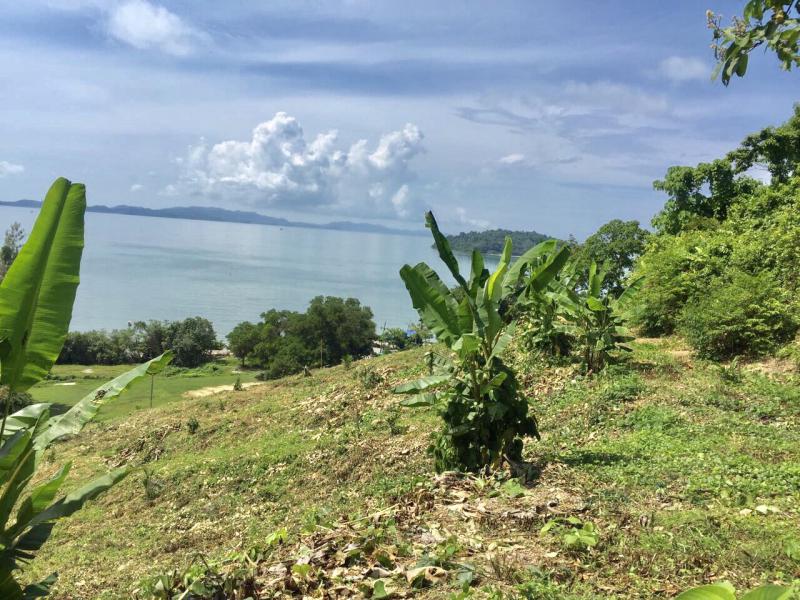 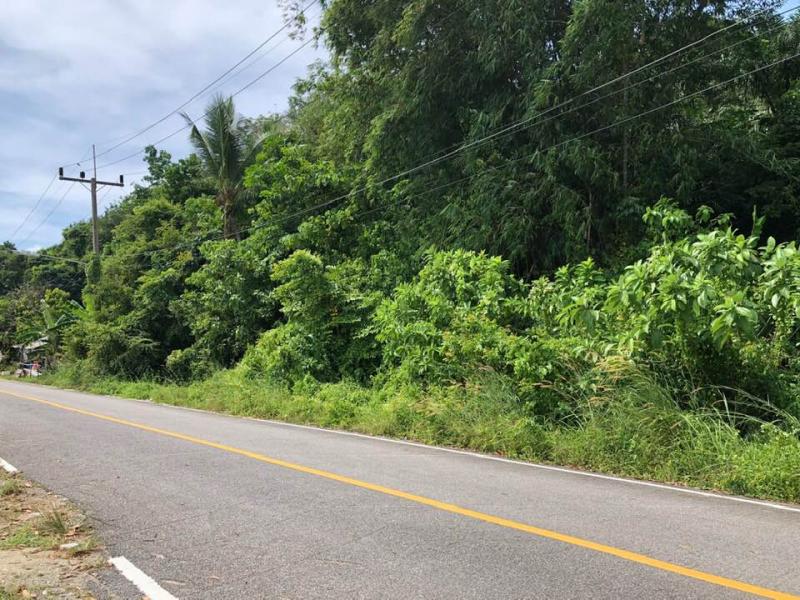 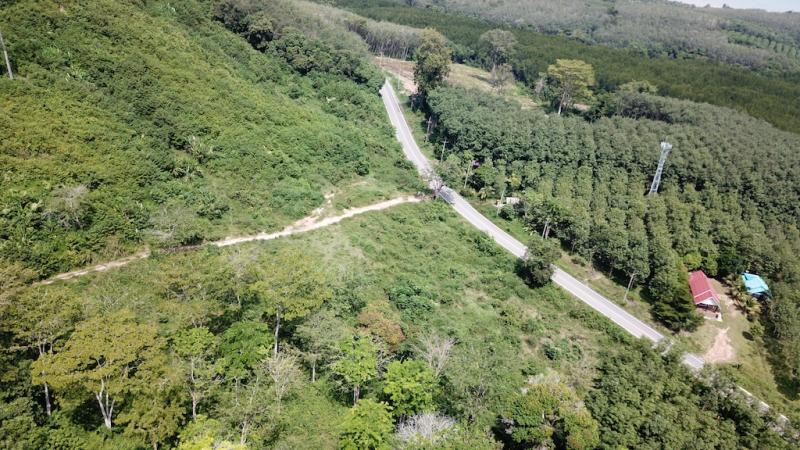 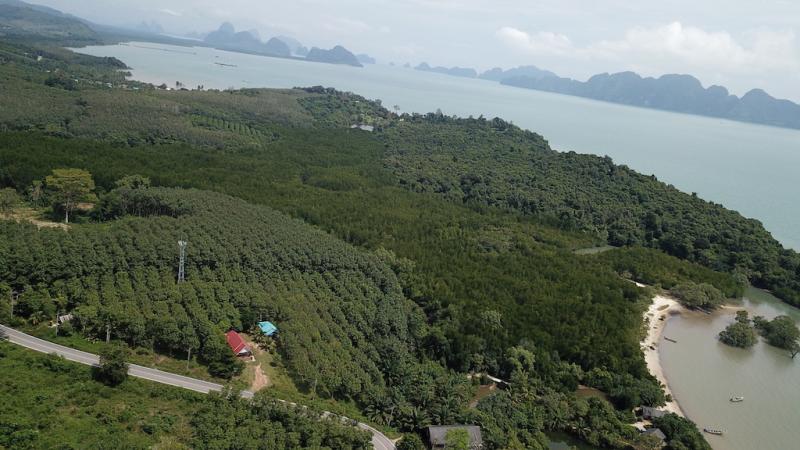 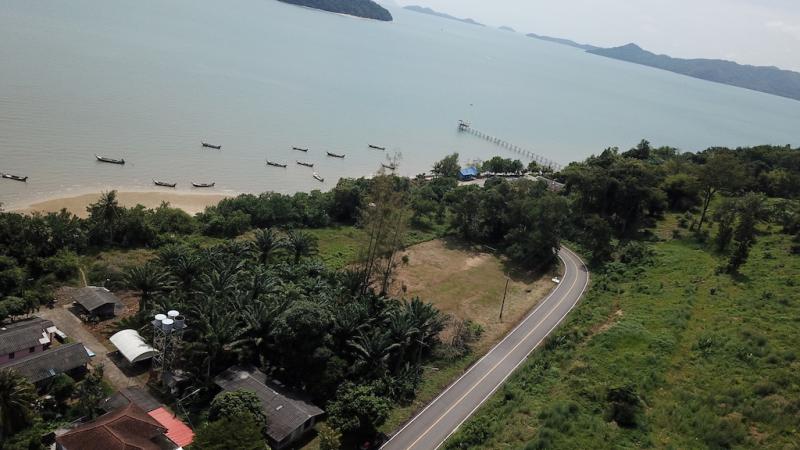 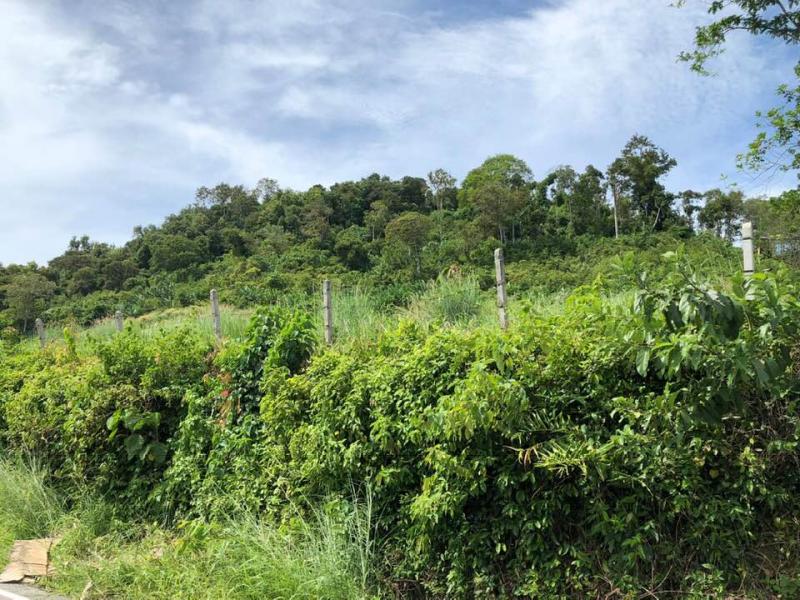 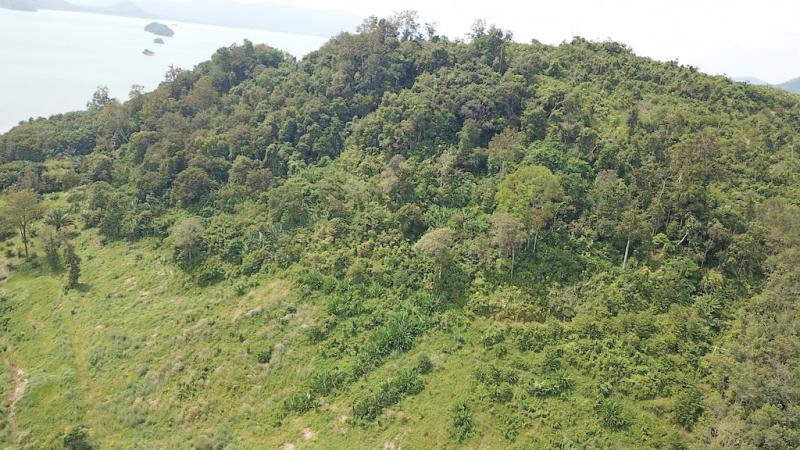 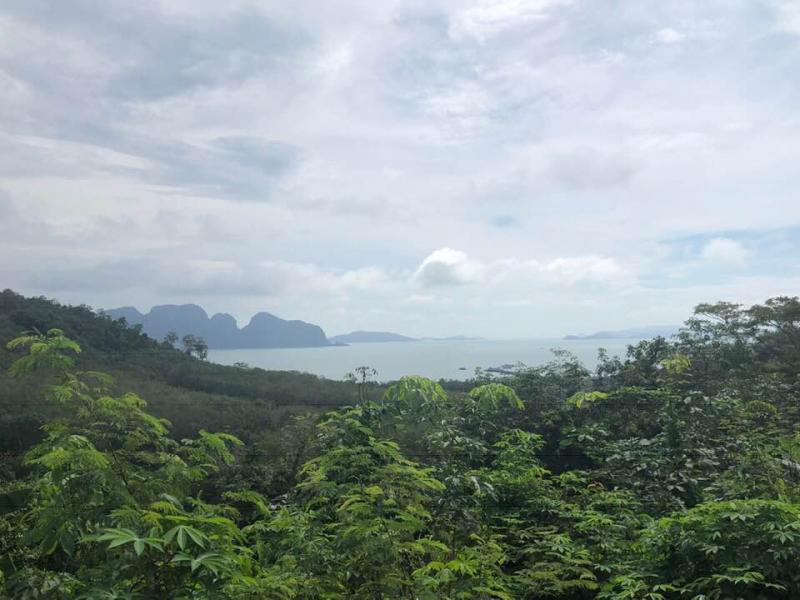 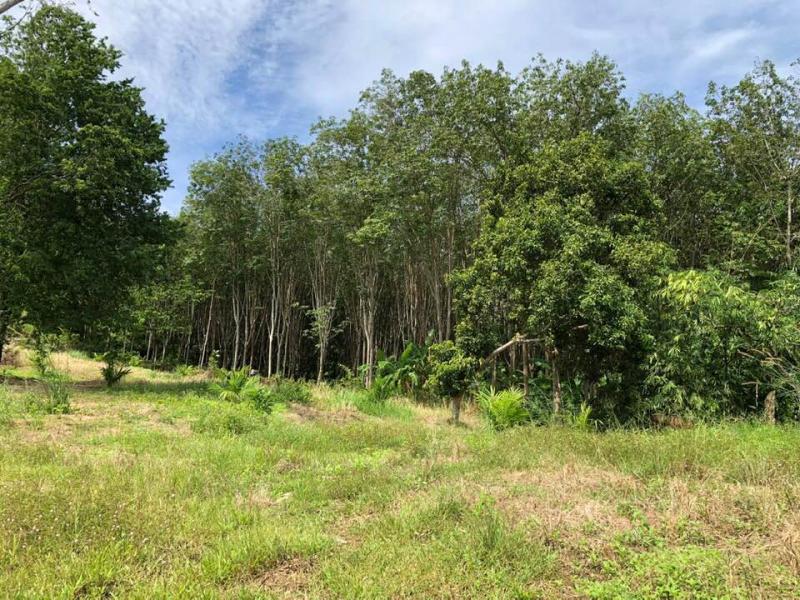 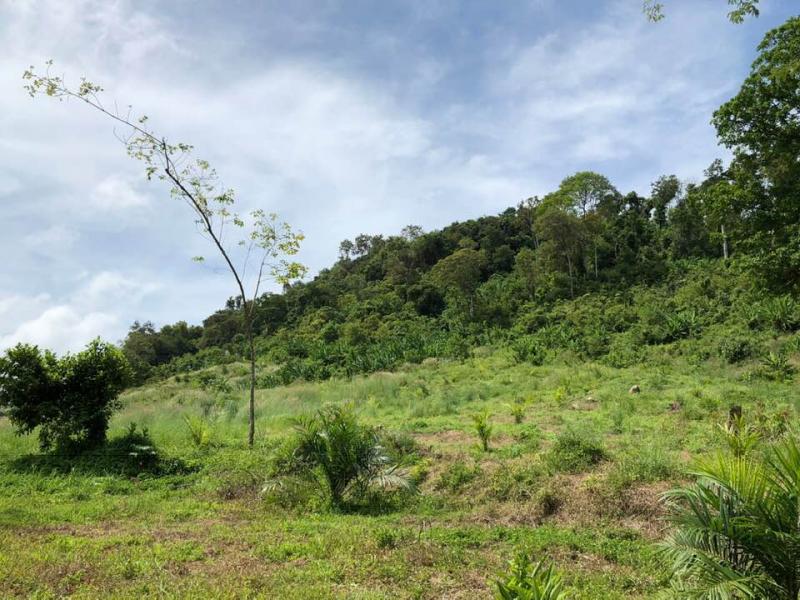 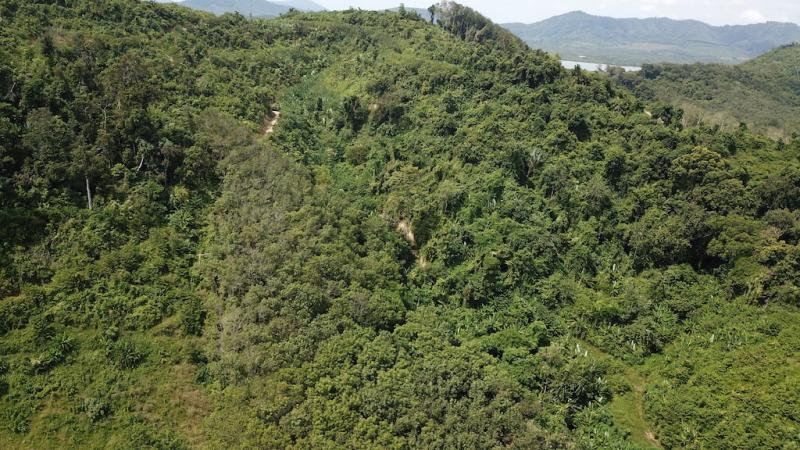 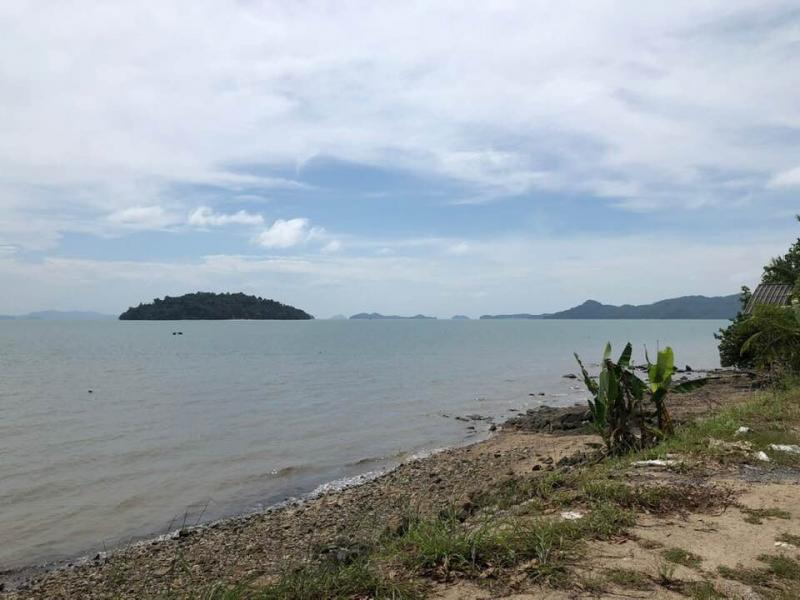 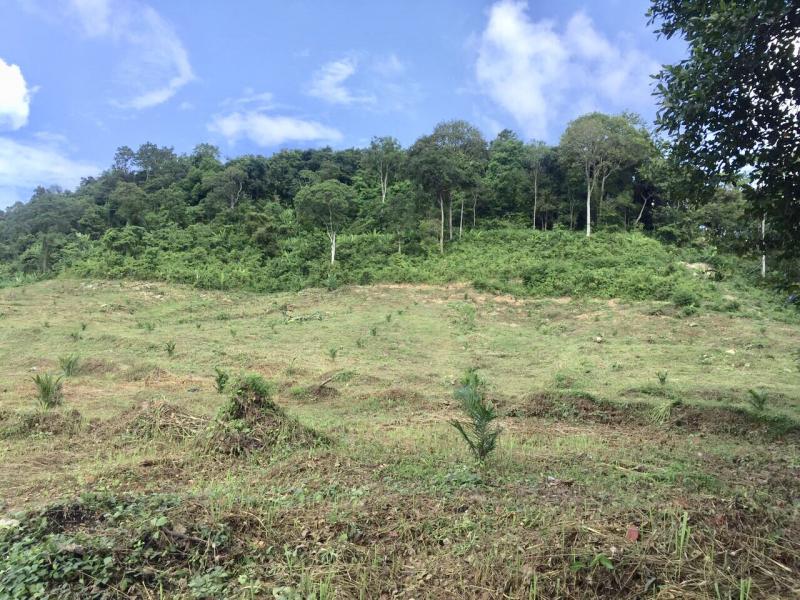 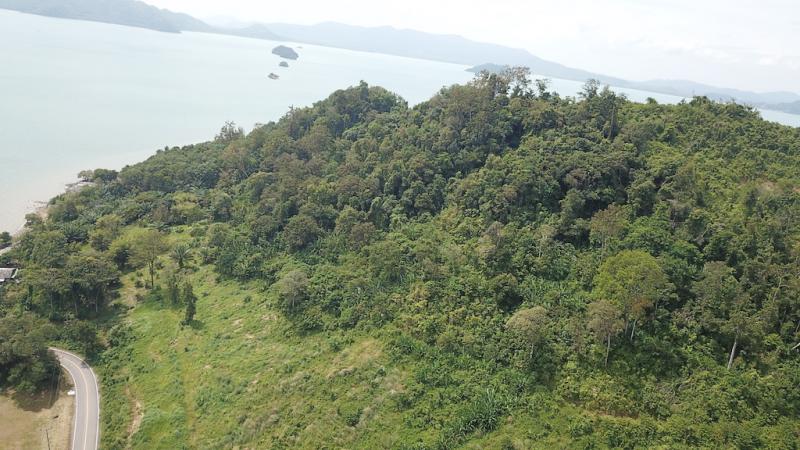 The Future of Phang Nga Real Estate Market is evolving: prices have already begun to rise

The Panoramic Sea Views from this land are really unbelievable: a stunning 180 degree View of the Bay of Phang Nga.

This is truly a beautiful Resort Plot, located in The best area of Phang Nga Bay.

The relief of this plot allows to build a great real estate project, preserving these magnificent panoramic views and the beauty of its natural environment.

Size of the plot: Around 49 Rai / 78000 m2 with Chanote (Thai title deed which enables full and certified private and freehold ownership of land)

The full plot get 6 certified titles of ownership (Chanote), allowing to financial investors to realize a major gain by selling and split by 6 parcels...

This plot is located in the most beautiful part of the province of Phang Nga.

This terrain allows by its configuration to develop a first choice infrastructure in matter of Eco or Green Development.

The construction of a new international airport has been launched in Phang Nga province and it will highly increase the price of lands in the area: plots will be purchased with the help from foreign investors and international brands of hotels .

Currently, along the west coast of Phang Nga, lands and beachfront lands are still available at very lower prices than in Phuket. It is expected that more investment developments, especially in the hotel sectors, will follow with the news of the airport.

Phang Nga is a paradise, located between Malay Peninsula’s mainland and Phuket. The area is surrounded by beautiful views and native wildlife, unspoiled rivers, and some of the most intriguing caves around. A large portion of the bay is now protected so that this natural beauty will stay protected.

Phang Nga has become the most famous island in the bay due in part to its roles in a few epic movies like "James Bond / The Man with the Golden Gun". The bay also appeared in Star Wars...

New projects in Phang Nga are attracting investors who are focusing to buy lands, so this land is an investment with a high rising value in the next years! The government has choose Phang Nga to install the 8th region administration and already built for it.

- New marina project + new airport project (Construction of the new airport is expected to begin in 2019 and be completed no later than 2025, with each facility built to accommodate about 10 million passengers per year)

One of Greater Phuket’s real estate and hotel market’s that has a decided buzz of late is the area north of Phuket over the Sarasin bridge in Phang Nga.
In Natai Beach, the entry of the Baba Beach Club and nearby Akyra has created renewed visibility for the broad West Coast stretch of white sand beach, extending north beyond Phuket.
Two upscale hotels are in the development phase in the vicinity, with one being flagged to an international hotel operator.
Up at the 1,000 plus rai Thai Muang mega-project, movement is once again underway, as is a nearby massive Japanese-led mixed-use project including a golf course.
Land values are currently running amuck in the Koh Kloi area where the AOT (Airports of Thailand) has reportedly acquired land for an upcoming Phang Nga airport which will provide Phuket with a second gateway alternative.
Premium land transactions are taking place, with the most notable being the recent trade of the former oceanfront site in Bodan that was to be at various stages first a Raffles and later a Ritz-Carlton Reserve.
Looking at Phuket’s light-rail initiative, one knock-on effect will be the eventual linkage between the island and larger connection to a broader rail terminus in Koh Kloi. This will likely spur real estate speculators to acquire peripheral locations.
As Phang Nga’s West Coast four lands highway expansion moves forward to Khao Lak and beyond, Phuket’s Northern neighbor is seeing a renewed push in its tourism, property and infrastructure.
Phang Nga Property:  JFTB Real Estate can helps you to find the perfect land to buy for the project of your dream- 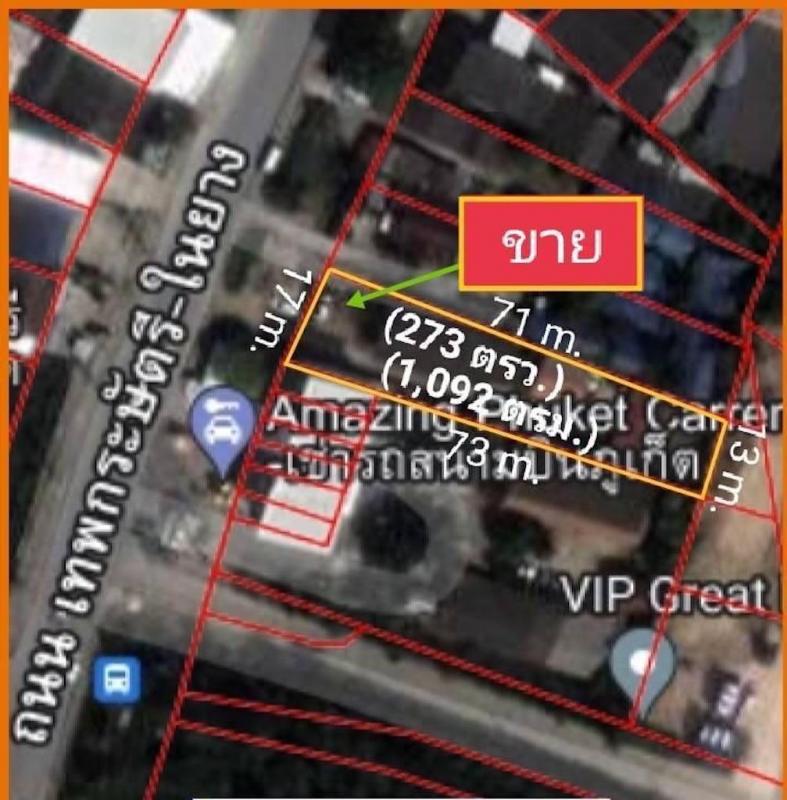 land for sale in prime location near Phuket... 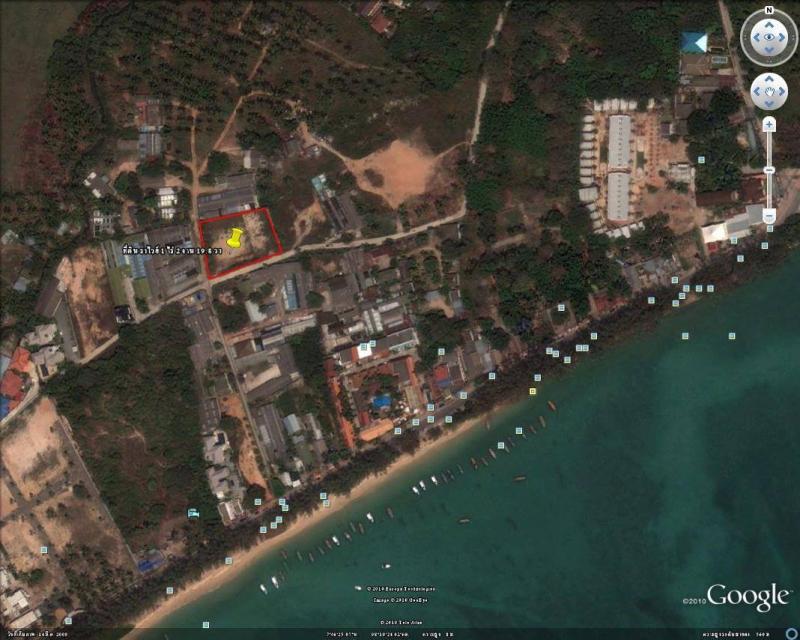 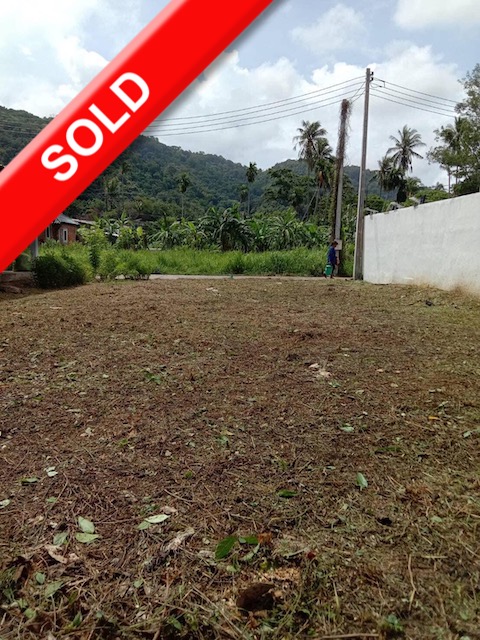 200 Sqm plot for sale in the center of Rawai

Rawai (TH)
2,650,000 THB
Small plot for sale in a prime location in Rawai, suitable to build a house 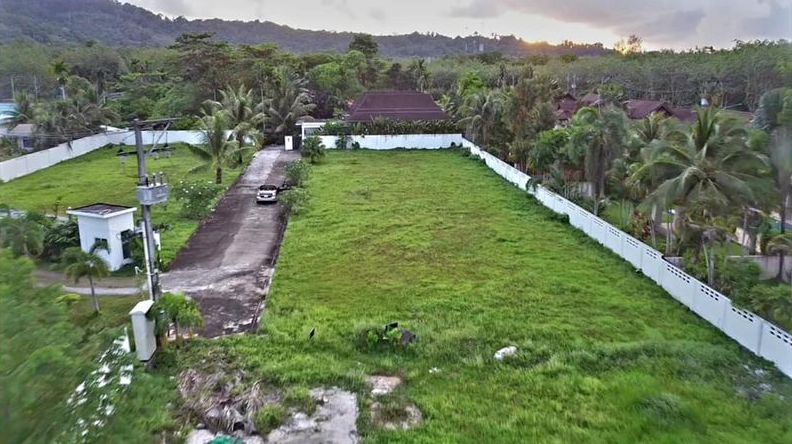 Plots for sale in Paklok Phuket 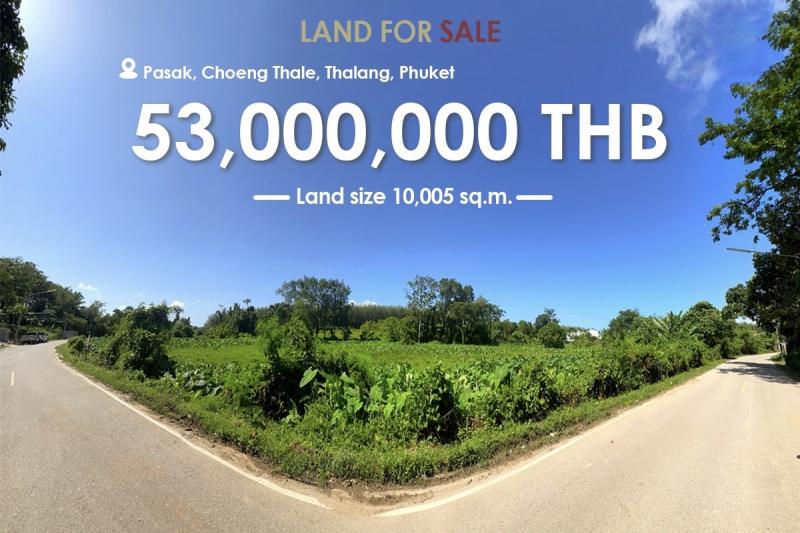 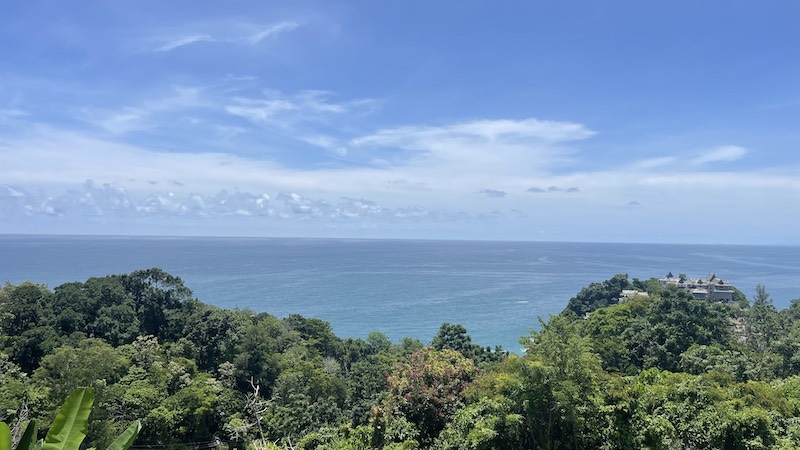 Land with ocean view for sale in... 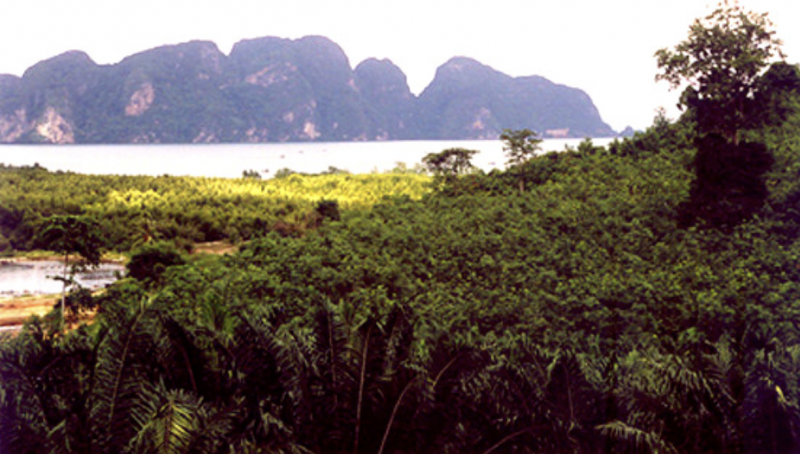 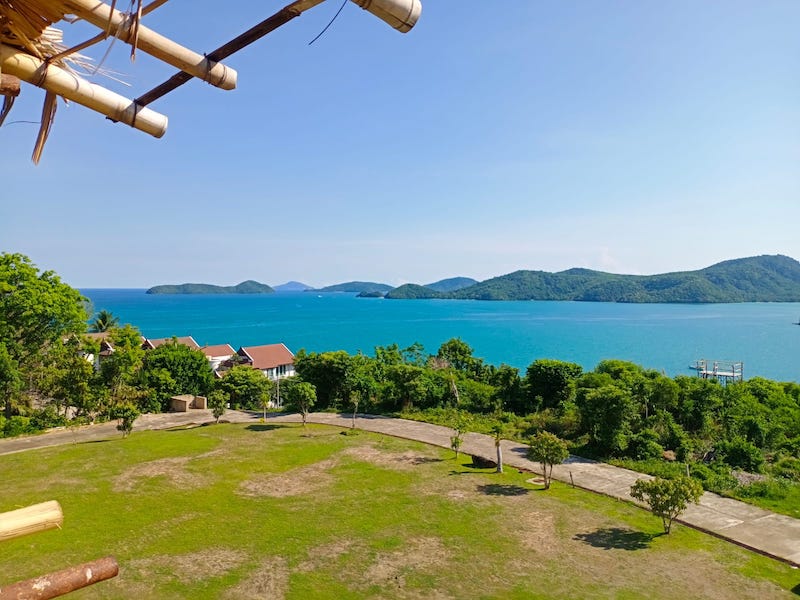 Land with Panoramic Sea View for sale at 500...

Panwa (TH)
11,520,000 THB
This land for sale in Cape Panwa offers a unique panoramic sea view on the bays of Panwa and Makam

Land for sale in the heart of Patong

Patong (TH)
16,000,000 THB
Land for sale in the heart of Patong, conveniently located at 1.5 Km. to Jungceylon shopping mall and Patong beach
Previous Next